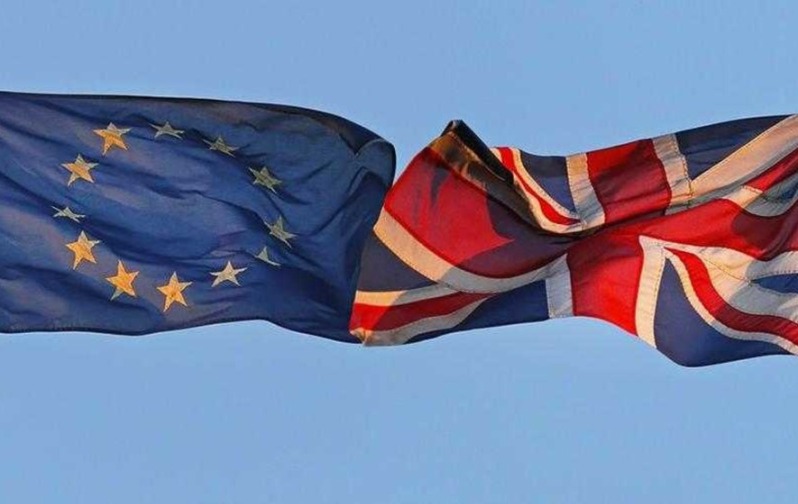 Brexit, that awful portmanteau that, as I type, Word tells me has already been accepted as a genuine word in the English language, has been front and centre in the news and on social media for quite some time now, with the added bonus of emotional outpourings at the result over the past week.

In the social media circles in which I move the prevailing emotions are grief and anger that Britain has voted to leave the EU, and a fear of the potentially destabilised future. Of course, that hasn’t actually happened yet, and it may or may not happen in the future. The referendum of 23 June 2016 was non-binding, and the government has no duty to acknowledge it. It may never invoke Article 50.[2] So what does the result actually tell us? It tells us that, of the people who turned out to vote, a statistically insignificant majority want Britain to leave the EU. The winning majority, 51.9%, is hardly overwhelming, yet people have reacted like this is the end of days, and all that’s left is the wailing and the gnashing of the teeth.

In fact, it has recently been suggested that of those 51.9% not all of them actually want to leave, or weren’t aware of the implications.[3] They were misled in some cases, while in others it was a poorly thought out protest vote borne of marginalisation and disenfranchisement. None of these are insurmountable obstacles, yet this fact is not fully being explored. Rather, the reactions have largely been emotional.

Both sides of the debate have painted the opposition in unflattering terms, in a process somewhat analogous to the demonisation of the heretic throughout the medieval and early modern periods.[4] Those who wanted to remain are portrayed as whingeing lefties who can’t accept the democratically determined result. The Voice of the People, as it were. Those who wished to remain have constructed the ignorant, racist and/or xenophobic straw-Brexiter who wants nothing more than Britain to be free of the hordes of immigrants that are somehow stopping the country from being the best it can be.[5] Indeed, in one crucial way, in both camps some are going so far as to disassociate themselves from anyone who dares to think differently. They have been expelled from the cities of the righteous because their heterodox doctrines have poisoned the very community around them.[6]

Social media is overwhelmed by posts detailing the lies of those wishing to leave, or mocking the grief and fears of those who want to remain. A petition, initially set up by an individual of the vote leave campaign was hi-jacked by those voting to remain, and then undermined by an army of bots generating fake signatures.[7] Some have gone so far as vowing to flee the country, as is also currently being seen in the United States.[8]

My question is, how does any of this really help the country? Might it, in fact, do little more than feed our internal emotional urges?

Social media activism, as we all know, does not actually indicate action. We can pretend to have taken a step, to have done our bit. We may even genuinely believe we have done something important, merely because we post a link on Facebook or Twitter. But we have not. We haven’t even spread information in any meaningful way. All we’ve done is spread news to people in our circle of friends, most of whom will mostly share our views and as such are just as likely to have found that link themselves. We haven’t done anything to actually change anyone’s mind, all we have done is reinforce the orthodox views of the group. Why then, if we profess to care about the future of the country, do we persist in posting things that will perpetuate our anger?

Studies suggest that responses to anger, such as hitting a wall or screaming into a pillow, can actually become addictive.[9] The release that venting our anger allows us is akin to a brief high. Very simply, it feels good. And if something feels good, you are more likely to want to do it again. If you do it enough, some things can become an addiction. If, then, we are addicted to the surge of endorphins released on such an occasion would we genuinely attempt to remove the source of the anger, as this new or re-heated anger will ultimately lead to the next release? Of course not.

If you genuinely want Britain to stay in the EU, then take action. Don’t flee. Don’t just post a link on social media. Recognise that this, at this stage, is nothing more than an indication of a deeply divided nation. This is not insignificant of course, but it is a situation that can be remedied. Write to your MP. Email your MP. Phone your MP. Visit your MP. Make your objections, or support, clear in a way that may actually have an effect, rather than be lost in the ether. Exercise your democratic rights and responsibilities on more occasions than just the big-ticket issues. Vote at every possible opportunity. If, as you say, the country is going in a direction you feel is bad, then do something about it, other than just posting on social media.

Of course, if all you want to do is perpetuate the rush from righteous indignation, then all you have to do is continue to stoke the fears of your group that society still contains heretics.

Gordon Raeburn is a Postdoctoral Research Fellow with the ARC Centre of Excellence for the History of Emotions, based at The University of Melbourne. He holds an MSc (Theology in History) from The University of Edinburgh and a PhD from Durham University. He is currently undertaking research on emotional responses to early modern Scottish disasters, such as plagues and massacres, between the fifteenth and seventeenth centuries.

[1] The author would like to acknowledge that not all of his friends are mere social media activists, and the vast majority do, in fact, care deeply about issues and as a result take real, physical action. Indeed, as do the many people involved in recent protests in London concerning the result.

[5] This is in no way meant as a dismissal of the very real attacks on immigrants, a situation that is disgusting and very much needs to be addressed. ‘Spate of Racist Attacks Blamed on Brexit Vote, The Telegraph, 26 June 2016, http://www.telegraph.co.uk/news/2016/06/26/spate-of-racist-attacks-blamed-on-brexit-vote/, accessed 28 June 2016.