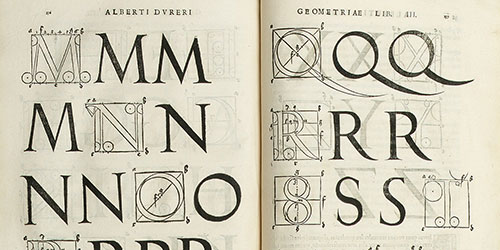 The second ‘Languages of Emotion’ collaboratory took place in Perth during a very hectic week for the Centre, with chief investigators, postdoctoral researchers, advisory board members and administrative staff converging from around the country and beyond for our mid-cycle review by the Australian Research Council. While thoughts and energies were sometimes distracted and anxiety levels high — not least because our director and conference host, Philippa Maddern (who has since passed), was gravely ill — the collaboratory certainly benefited from this adventitious influx of unofficial participants. We were able to live stream some of the proceedings to include colleagues unable to attend, which we’ve linked to below.

Our previous language collaboratory had invited papers on ‘concepts, codes and communities’, exploring, for example, the emotional investment of writers in particular languages, languages defining emotional communities, and the emotional nuances conveyed by multilingual writers through the operations of code-switching. It was Philippa’s hope that this one would really to come to terms (as it were!) with historical variation and evolution of emotions concepts.

Linguist Anna Wierzbicka (ANU) threw down the gauntlet with her lively opening keynote, ‘Exploring human emotions from non-Anglocentric and non-chronocentric perspective’. Wierzbicka, inventor of ‘Natural Semantic Metalanguage’, argued passionately for the application of this instrument to historical emotions, that we should recognize and replace our English folk-psychological terms with cross-culturally intelligible descriptions based on universal ‘semantic primes’. Our second keynote speaker, Naama Cohen-Hanegbi (Tel Aviv), plotted shifts in the vocabulary and taxonomies of emotion terms in medical works written in Italy and Spain between 1200 and 1500 to reveal key moments in the transmission of ideas between different fields of knowledge. Cohen-Hanegbi’s magisterial paper demonstrated that medical sources appropriated a wider range of ‘emotions’ terms in the later middle ages from religious discourse – but also, to some extent, secularised them. Our final keynote speaker, cognitive linguist, Javier E. Díaz-Vera (Castilla-La Mancha), led a postgraduate masterclass drawing on linguistic, visual and architectural data to build up a finer-grained picture of the Old English concept of ‘awe’ than would have been possible through textual sources alone. While CHE chief investigators were called away for interview by the ARC during this session, reports from the postgraduate attendees were very appreciative and saw potential in Díaz-Vera’s multimodal approach to emotion conceptualisation for application in their own research.

As a CHE ‘collaboratory’, Philippa had wanted this event to be interdisciplinary, open-ended, and to embrace contributions from both early career researchers as well as established experts. Harpist and performance practice researcher, Andrew Lawrence-King (The Harp Concert), delivered an engaging paper on the integration of verbal, musical and gestural language in early opera. Brid Phillips (UWA) elicited the emotional connotations of colour terms in early modern English drama; Bronwyn Reddan (Melbourne) highlighted the difficulties of translating the terminology of love from the French fairy tales of seventeenth-century author, Henriette-Julie Castelnau, Comtesse de Murat. Andrea Rizzi (Melbourne) also grappled with problems of translation when attempting to gauge the contemporary reception of the – to modern ears – extreme and offensive public insults routinely hurled by Italian Renaissance humanists (most often in Latin). Bob White (UWA) carefully unravelled the tangled associations of English ‘rue’ through historical culinary and medical texts in the hope of arriving at an understanding of what Ophelia might have meant when she told Hamlet’s mother she ‘must wear [her] rue with a difference’. While his paper offered a history of the word, the full historical meaning of the emotion, ‘rue’, may forever be irretrievable. Andrew Lynch’s discussion of terms of courage and cowardice in Anglo-Saxon battle narratives prompted consideration of the extent to which such texts were normative or idealising in their representation of historical emotions. The difficulty if not impossibility of recovering historical emotions from textual sources, especially literary ones, was a recurring theme in the conference — although Professor Wierzbicka was more optimistic about that possibility. In the final session, Juanita Ruys (Sydney) and Yasmin Haskell (UWA) took tentative first steps towards a word history of affectus (‘emotion’?) and its cognates through a sample of medieval and early modern theological and philosophical texts. Several participants expressed interest in contributing to a larger book on this topic.

Early modern cultural historian, Charles Zika (Melbourne), nicely summarised the main themes arising over the three days in his concluding remarks. He first expressed appreciation for the conference welcome, in Nyoongar language, by Alan Dench, head of UWA’s Graduate Research School, a researcher of Australian indigenous languages – Professor Dench’s attempt to articulate the emotions of another culture paralleled our own historical work of reconstructing the emotional lives of medieval and early modern Europeans. Professor Zika noted the mobility, fluidity, and miscibility of emotions concepts that had been highlighted in many papers. But if we ended on an aporetic note, with historical emotions resisting translation or transforming with viral elusiveness, the collaboratory had the salutary effect of clarifying what it is that we (CHE researchers) think we are doing when we study the ‘history of emotions’. There was consensus, at least, that it could not exhausted by the history of words or concepts. While we were made aware of the walls of what Wierzbicka has called the ‘prison’ of English, our strategies for escaping that prison seem to depend on the directions in which our quite diverse research projects are running. Sadly, my co-host, Philippa Maddern, was unable to attend any of the conference which she had done so much to set up. She would have been pleased, I think, that debate was heated, language was colourful, but that humours remained even-tempered.